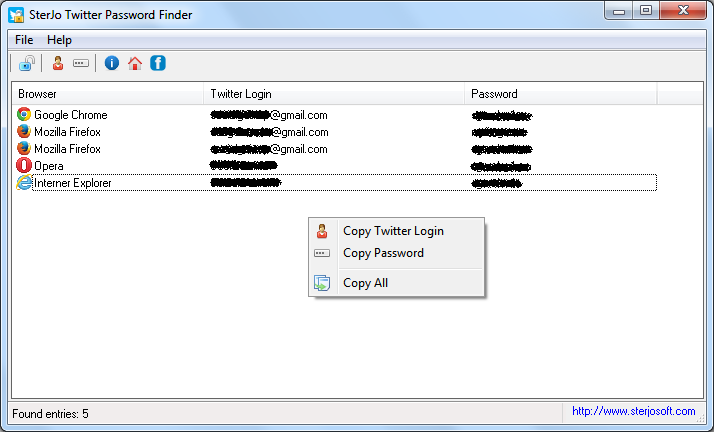 The interface of the program is simple to use and doesn't require much computer knowledge which means could be used by anyone. Everything is done with a simple click and all displayed details could be copied to the clipboard.

NOTE! Mozilla began to automatically switch users from 32-bit Firefox to 64-bit Firefox, with the update to Firefox version 56.0.1 on October 9, 2017. Because my software is 32-bit, the decryption modules for Firefox could not be loaded and therefore username and password fields are shown blank. If you still need to recover your Firefox 64-bit login details please see How to recover 64-bit Firefox passwords or check How to opt out of 32-bit Firefox migration to 64-bit

Version 2.0: UI changes and removed .OCX and some .DLL dependencies.

Version 1.6: Added support for the latest Microsoft Edge browser based on Chromium.