SterJo Firefox Passwords could reveal all passwords and usernames stored by Mozilla Firefox. For each password it will show the URL and it will count how many times it has been used.

How is SterJo Firefox Passwords working? 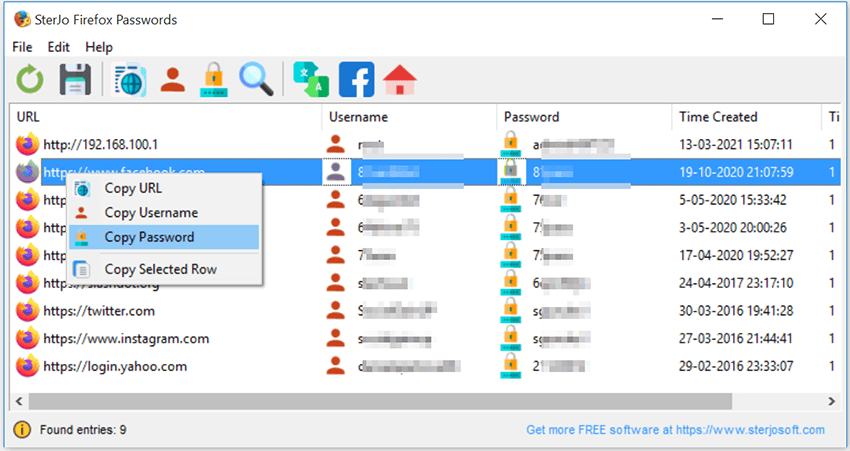 Whenever you need to sign in to a website you will be asked if you want to save the login details. Those details are stored in firefox password manager which keeps a record of the saved passwords. With this tool you could reveal all those details instantly.

About Downloading the SterJo Firefox Passwords

SterJo Firefox Passwords works on all Windows platform starting from Windows XP to the latest Windows 10 where Mozilla Firefox version 32 or above is installed.

NOTE! Mozilla began to automatically switch users from 32-bit Firefox to 64-bit Firefox, with the update to Firefox version 56.0.1 on October 9, 2017. Because my software is 32-bit, the decryption modules for Firefox could not be loaded and therefore username and password fields are shown blank. If you still need to recover your login details please see How to opt out of 32-bit Firefox migration to 64-bit

Version 1.3: Bug fixed: Decryption failed on some of the latest Firefox versions.